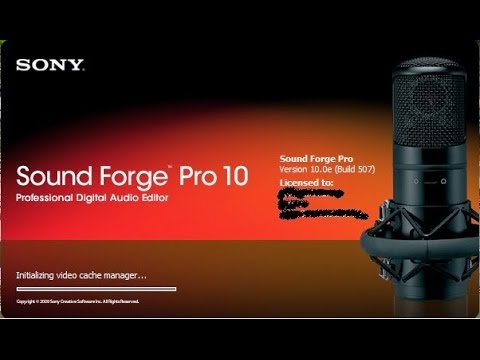 Not Found I had one of the first versions when Sonic Foundry first started, and by version six I was recommending it for broadcast editing. Back then the company was very in-sync with user’s needs and understood the requirements and stability. It had some good tools. I say “had” as lately there have been some issues. Cons In one word: Since Sony took over the company, support of the product has been nil to apathetic. I, personally, am still trying to get a resolution on a problem starting in early At one point I was given less than helpful advice on how to resolve the issue which lead to the PC being rendered useless.

I don’t know if there is a difference in the quality of paid versus free support on something you buy on day one, and I would hope there would not be , but all the support I’ve received on the product has been less than satisfactory, and on the lower end of disappointed. Summary When dealing with a company you would hope that they are concerned for the impression they give you. The dealings I’ve had with support have been frustrating. It not only spans the general customer support people, but letters to management and even a meeting at the National Association of Broadcasters Convention left me feeling that I was stuck with the problem, and there was no hope of it being fixed.

The biggest problem I see is that nobody in management recognizes there is a support issue that has spanned a year and owns up to making sure the customer is made whole again.

My impression is counter to that, in that letters and e-mails to management are ignored, and even a face to face meeting at the N. I’m also taken back by their pushing users to a “user supported forum”, which I have found yields more troll replies than helpful advice. Sony does have a pay-for-support but without a guarantee of return of money if support is not rendered, I’m hesitant to try it.

Lastly, Sony has a “Product Suggestion” link on the Sound Forge web page for users to make suggestions to improve the product, or add tools that are helpful. As much as I want to think this page is read by someone at Sony, I don’t see it as being helpful or providing the user the thought they are investing in the product.

Again, this is just another way Sony takes the confidence out of the product. But something has happened to the soul of the company where apathy for customers seems predominant. As much as I’ve used Sound Forge for years, I feel that in the future I’m going to have to change to another product. Sony has lost my confidence, and patience. And on top of it, they probably don’t care I’m disappointed. It’s probably best to find another product which is better supported.